Another great year in the bag! It’s finally snowing here in Colorado, just in time for Santa Claus. The latest start to winter myself and everyone else in Colorado can remember. 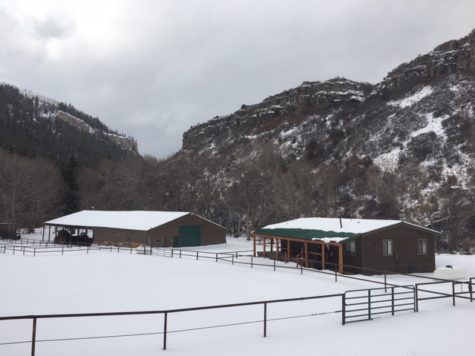 Let’s get the boring part of this done right off the bat. Particularly on our guided Colorado hunts and Spring British Columbia hunts, we are already getting our camps booked up for 2017. If you want to get a spot for 2017, please shoot me an email or give us a call. We won’t be done booking drop camps until early in the New Year, but again please contact us if you have interest in 2017. A big change in 2017 is that we will not be running more than 4 drops camps per rifle season, due to expansion in other services.

In 2016, most of our Summer season was consumed by putting the last finishing touches on our pack station, prepping gear for hunting season and getting new horses ready for the mountains. However, we did get some fishing trips and one corporate adventure in during late July. 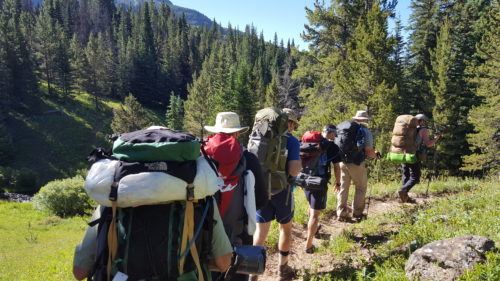 The team from Alpha Architect came out for a corporate fishing/adventure trip. It was a mixed group in terms of experience and fitness, resulting in an epic hike to the top of Shingle Peak for a great photo opp. and a story for years to come. We had a couple guys in the group that caught their first high-country trout, and even a couple that caught their first fish!

I’ve gotten where I enjoy these trips almost as much as our high elevation hunting expeditions. Nothing like introducing people to their first true wilderness experience. 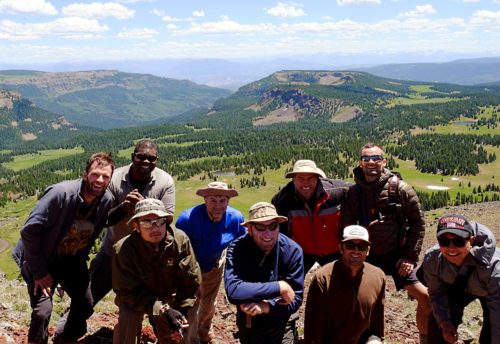 In 2017, we are going to crank up our fly-fishing focused trips. The shorts trips we squeezed in this year were all productive. Most days, even a amateur fisherman could expect to catch 15+ fish. 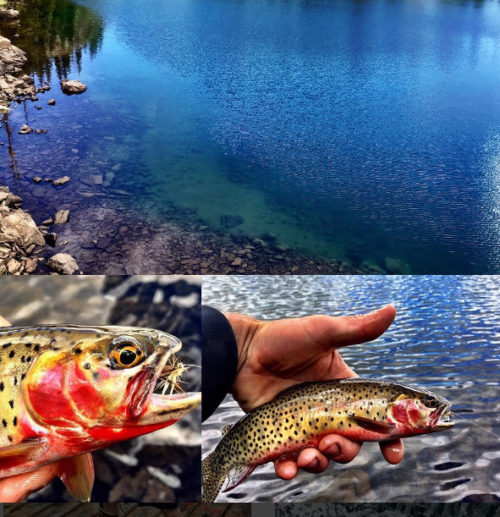 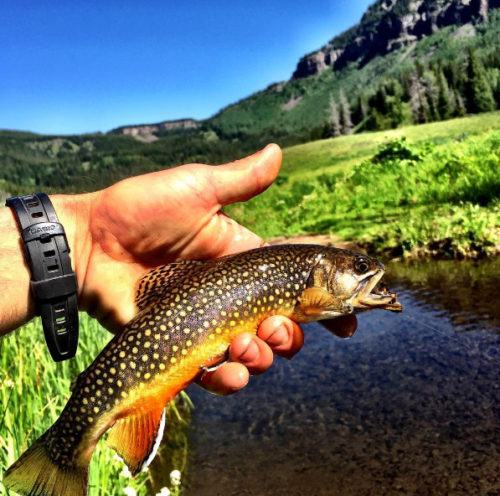 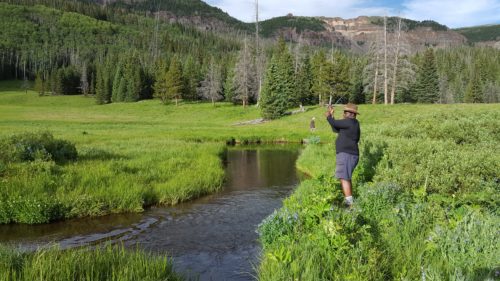 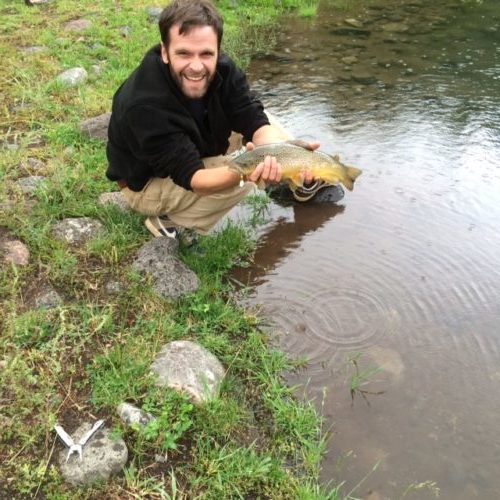 The only way to describe our early fall season is “Variety”. Goats, sheep, rutting elk, early mule deer, and black bears were all on the list. We started out scouting and guiding several mountain goat hunts near the Collegiate Peaks Wilderness. 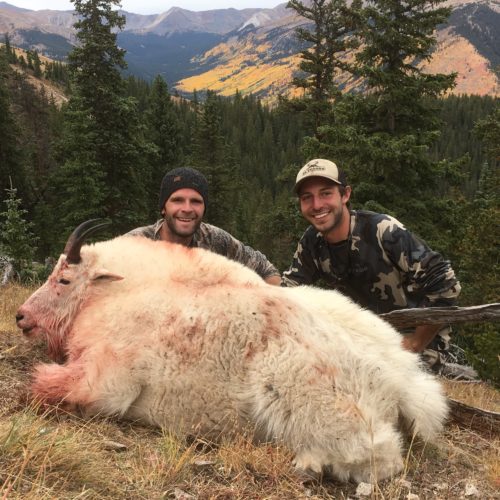 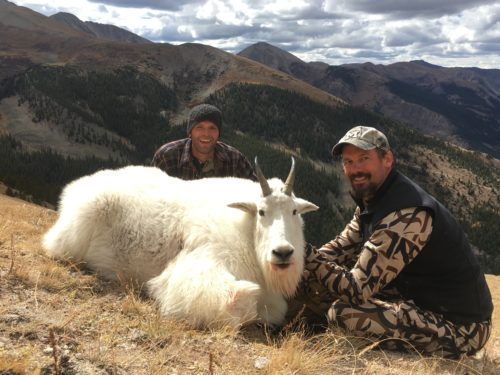 In 2017, we will continue to guide goat hunters in CO, but we are also offering hunts in British Columbia. Our hunts in BC do not require drawing a tag, preference points, etc… These goat hunts are in a high density goat area in the Coastal Mountains.

We didn’t have any sheep hunters in our local units in 2016, but that didn’t stop us from scouting and keeping up with some rams. As always, S74 has some beautiful older age class rams. An awesome unit that you get all to yourself if you draw the one ram tag. 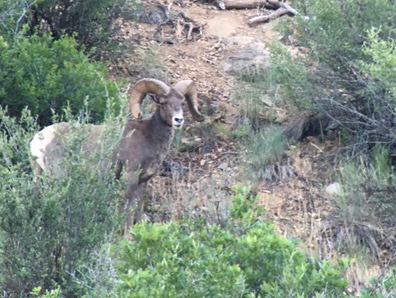 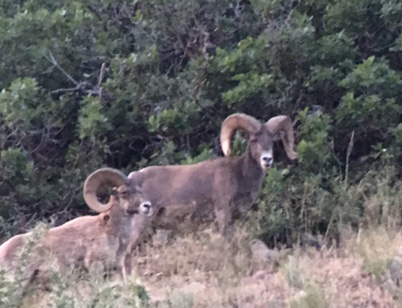 S59, a more volatile unit, held some exceptional sheep in 2016, but they were not in the historical harvest area. Rams appear to be coming in from surrounding units and there has been significant movement of the bands within the wilderness area part of the unit. A sheep hunter in good shape, open to a rigorous hunt should have chances at 175″+ rams in 2017.

Black bears are still out of control in Colorado. Areas across the central mountains and Eagle River Basin have probably never seen these population numbers. Elk calf ratios and mulie fawn ratios are reflecting this bear population explosion. Fish and game departments, constrained by uninformed politics, are doing their best to provide opportunity to hunters. We took several nice bears in 2016. Below is a nice color phase boar taken in early September. 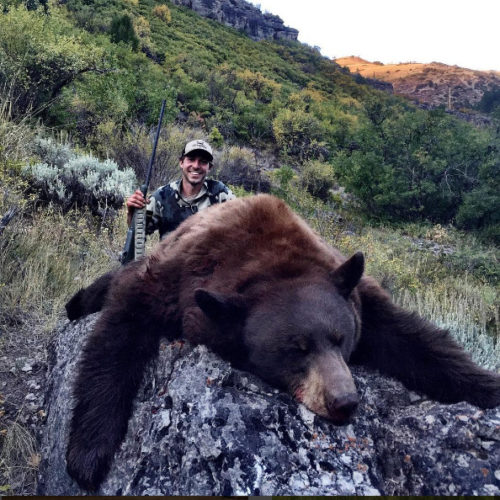 We have several fall hunts for black bears in 2017. You can choose to focus on taking a bear or hunt them on our high country combination backpack hunts. On these 5-7 day hunts, you will likely have several opportunities to harvest a bear. Here in CO we are roughly 50% color phase bears. The long, September rifle season gives both archers and rifle hunters a great opportunity. The rifle tag is a draw tag, but you won’t have any issue drawing the tag.

If you are interested in Spring Trophy Coastal Bear hunts in British Columbia, give us a call. These bears are a different beast, much larger and in higher densities. Hunting them in the May/June rut adds to the experience.

Across Colorado, we had high expectations given the mild 2015 winter and later season dates in 2016. Unfortunately, we were granted the mildest Colorado fall myself or any other outfitter I know has experienced. In mid-November, I was caping deer in a T-shirt. 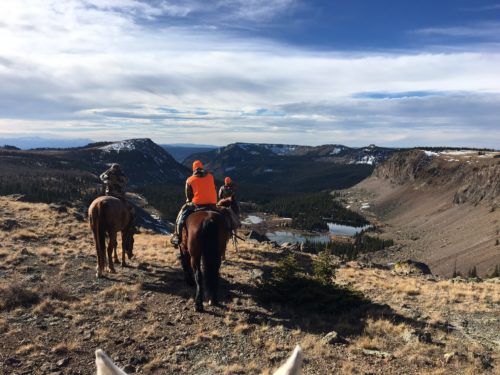 In archery season, elk were more disbursed than usual, probably due to our dry spring/summer. Instead of the concentration of elk being completely at the high elevations, bulls and cows were being found in lower elevation pockets of timber and wet meadows. The resulting lower concentration of elk in any one spot led to a long, yet mellow rut. Myself and our guides caught rutting activity all the way into 2nd rifle season. That is bulls bugling in November! A weird year, to say the least. 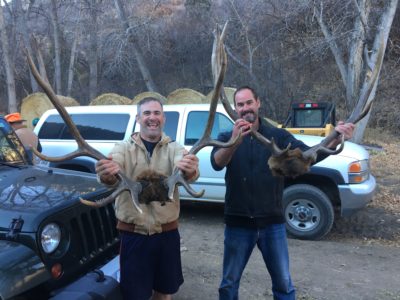 First rifle season was particularly slow for us, a season that is usually consistent year-to-year. The season started a week later, but we still had no snow cover in the high country. By mid-October, at least some of that habitat is usually closed off to the elk. Our hunters and guides hunted hard, and every elk was earned. Again, elk were highly disbursed across the wilderness area. 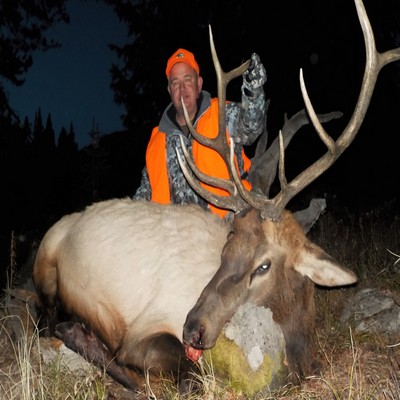 During 2nd and 3rd season, with no help from father weather, we did have an uptick on the elk front and mule deer hunting held strong. Elk pushed into the western part of our area. Most camps got into elk consistently, and one group of drop camp hunters harvested 3 nice bulls in the first couple days of their hunt. Across the board, the age class of bulls was above average with the majority of harvested bulls being nice 5×5’s, around 4.5 years old. 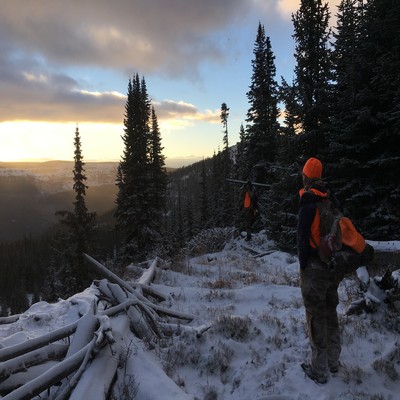 Buck opportunity was high, but we didn’t take the quality of deer typical of the area. The bigger deer held to the higher elevations and reflected the density of the elk with all the open high country. A nice 30″+ buck was taken, and almost all buck tag holders punched their tag or had several opportunities to do so. 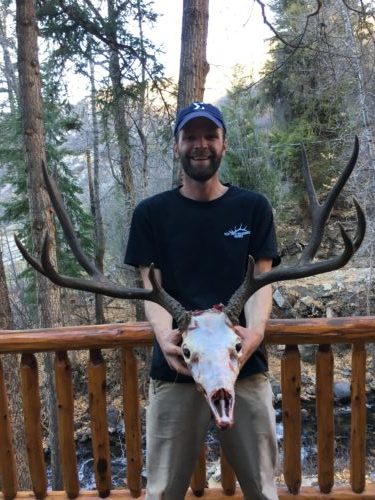 2016 was the first year that I have ever guided 4th season deer hunters on dry ground. It was incredible how nice the weather was. Deer density was 1/3rd typical, but we had a great hunt and struck 100%. It was a good way to wrap up the season. 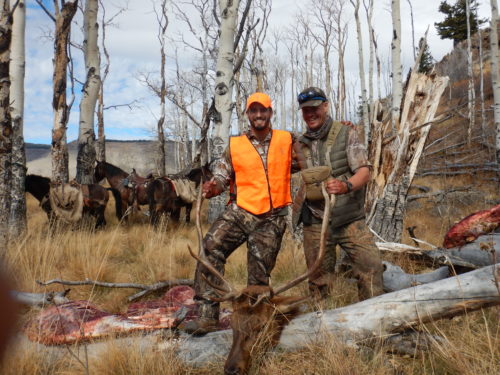 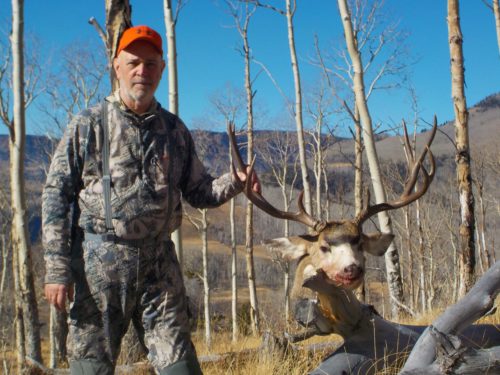 The silver lining of the slow season is that a huge population of deer and elk survived the hunting season, and they are entering what is looking like a mild winter. We should have robust populations and higher than average age class game in 2017.

My crew and I thank all the hunters that came out this year to experience our wilderness hunts. It was a year full of adventure, as usual. We are grateful for another safe year and all the memories we made with you. 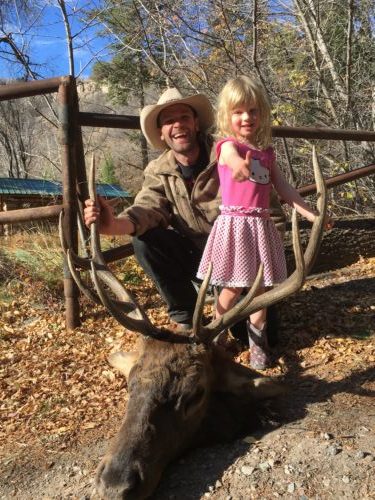 We are looking forward to our 2017 season. In the next week, you will receive details on our new offerings. Here is the teaser:

Trophy Coastal Mountain Goats in BC