posted by FTWG on December 3,2015 in Blog Posts

It’s hard to believe the mules are out on winter pasture, the tents are drying, the season is over, and a huge bull is sitting in my yard laughing at me. What can you say? He’ll be bigger next year, and we had a hell of a season!

Archery elk hunting is still good ol’ archery elk hunting. Persistence, fitness, marksmanship and a little luck is the name of the game. Our success varied from tagging out in the first day to putting miles on your boots for each bull sighting. The Colorado rut is moving into a groove that means changing strategy for guides and hunters. The peak of the rut is occurring during the 3rd-4th week of September, and we are seeing rutting activity through the first ten days of October. Consistent mild weather during our Septembers is keeping 90% of the rutting activity to the nighttime hours. 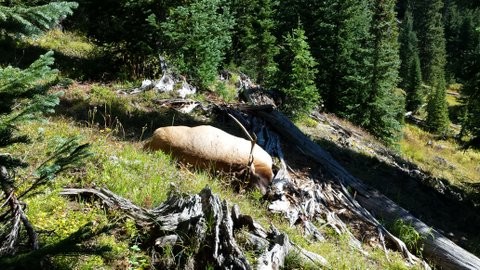 Now the most consistent archery strategy is to first focus on finding fresh elk sign and most importantly elk, before hunting at all. This means hiking or riding hard for at least a day or two. Remember that “fresh sign” when it comes to elk means, and only means, warm, slimy fresh or steaming elk turds. Tracks not made in snow are great sign too, as long as the elk is standing in them. This immediate focus on finding a herd is important, because the days of running into screaming bulls at 10:30AM and hunting them right then and there are getting rare. You need to know where you are going to be for the first hour and last hour of each day. That’s when you are going to get your harvest opportunities. 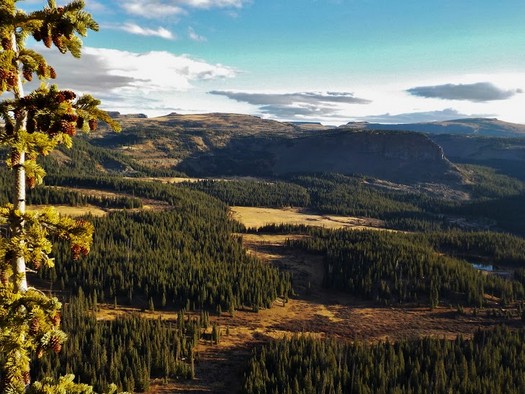 Once you are into elk, start hunting and focus on that geography for the prime hunting hours. If this means a couple mile hike from camp before dawn each morning, that’s what you need to do. Elk are localized during archery season. Contrary to folklore, most archery hunting pressure doesn’t change elk behavior or make them move long distances. Keep hammering that area until the stars align and you get a shot.

Even with the rut starting late, our hunting was consistent throughout the archery/muzzleloader season. There was never an exceptional period, but we had hunters getting into elk even during the first few days of the season. Like almost all wilderness archery elk hunts, these expeditions remain for the hunters that put in their all, and know they might need a dozen encounters before burying an arrow. Archery is one of the few times you have the potential to catch one of the enormous bulls that has already survived 6+ hunting seasons. These big guys head to safety once the first round goes off. It’s also a time of year that is 100% guaranteed to be beautiful in the wilderness. 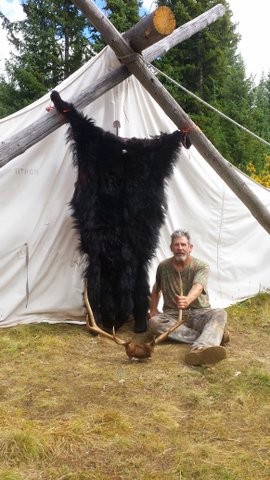 When the rut was slow and the elk holed up in the trees, good to exceptional bear hunting kept us busy. 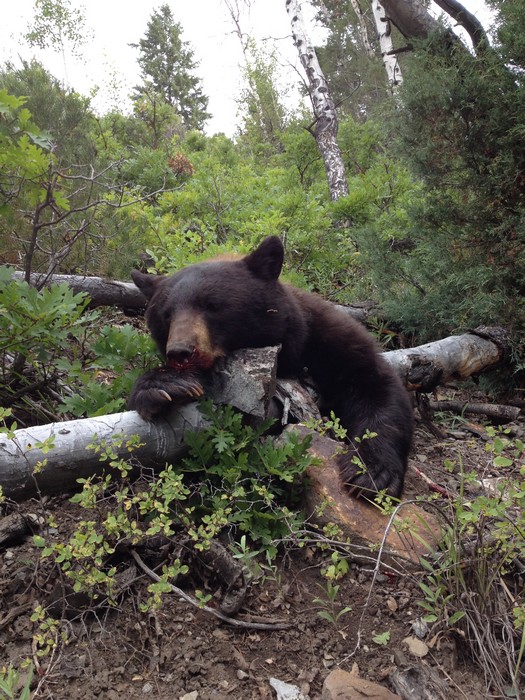 Our bear population is doing well and each year the hunting is improving. The first two weeks of September qualify as exceptional for any hunter focused on a spot-and-stalk bear hunt. We harvested nice bears this year in the 250-325lb range. These bears are great eating and still large enough to make nice rugs. Locally, a couple bears over 400lbs were harvested. The most common colors remain jet black, black with a lighter mohawk, and straight cinnamon. 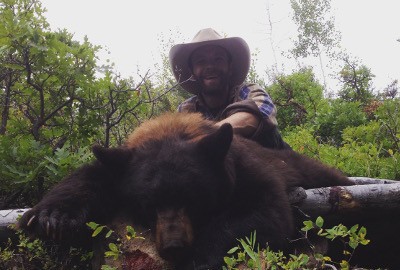 1st rifle season started like a dream. We caught elk in historical rutting areas, found small undisturbed groups, and were packing bulls out across our hunting area. One of our guides even called a bull in to 25 yards for a guest! As the bulls felt some pressure they headed above timberline and down into dark hell holes. With no help from father weather, the season slowed down as it progressed. 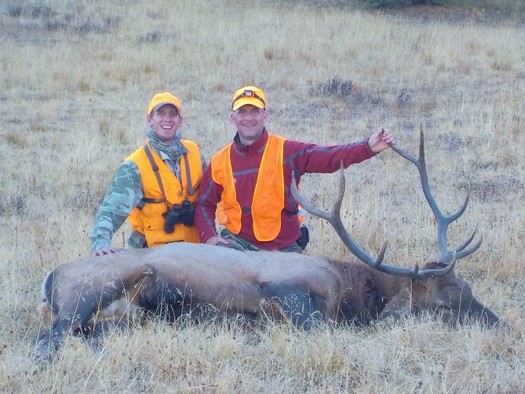 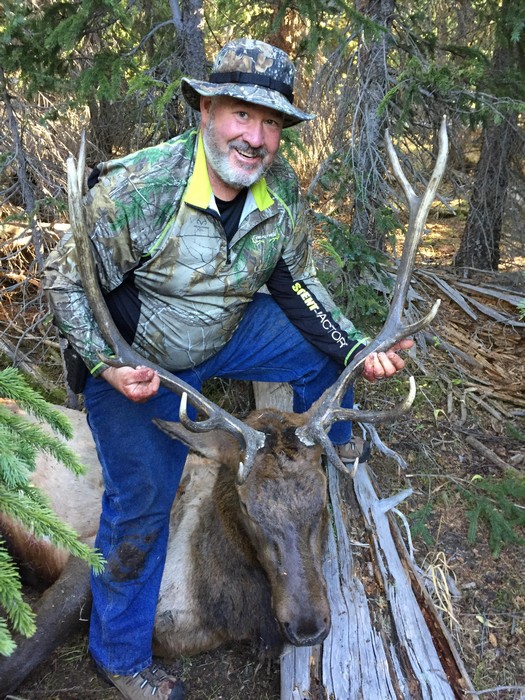 In the last couple days we hunted extremely hard to reach areas with elk. Don’t underestimate areas that you think are best left for the mountain goats. Don’t ignore timber saturated with waist high deadfall. That’s where they went. I packed out more than one bull with tines broken from its death fall through timberline boulder fields. Two others had to be boned out because they were so deep through unhorsable timber. 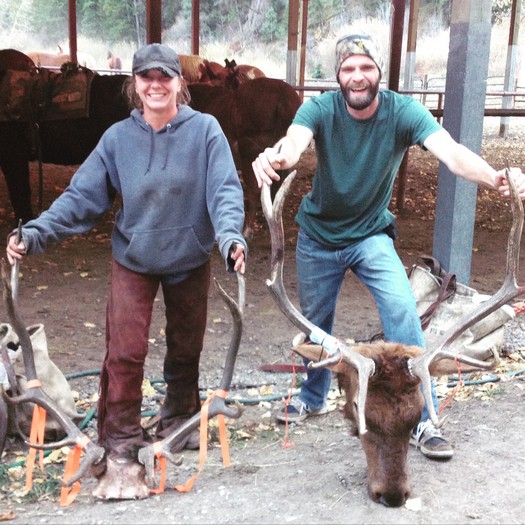 Guys that went to the rough stuff got bulls throughout first season.

The big question nowadays is whether 1st rifle is the new “rut hunt” in Colorado. In 2015, that’s a yes, but that’s because we saw so minimal rutting activity in September. The peak rut happened the first week of October and was tailing off by first rifle.  If we go back to a cycle of cooler Septembers mixed with the later season schedule we have over the next couple years, the main opportunity to hunt the rut will still be the last half of archery. 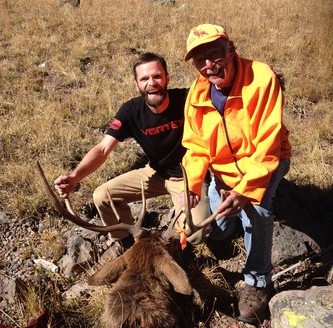 2nd season started out unseasonably warm and migrated into an unhuntable blizzard for a couple days. Warm temps ruined any possibility for game pushing snow accumulation, but the weather did give us some tracking snow. Elk hunting was fair, with smaller bulls still being taken out of herds way off the beaten path and above 11K ft elevations. Big bulls were away from other elk, held up in their personal honey holes. 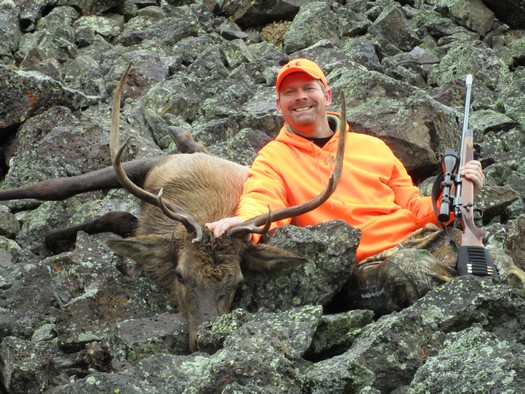 We harvested a couple nice mulies and one exceptional deer during 2nd rifle. Even though our unit’s deer population is below carrying capacity, Colorado’s fish and game still allows for the over hunting of immature bucks and doe hunting during these early seasons. The amount of does and young bucks harvested out of the low country is distressing for an area with such tremendous genetics. This area could produce high numbers of slammers if managed correctly.

Despite the over harvesting in the “nursery” elevations, we are providing some great mule deer hunts. Few areas can produce 225+ scoring deer like this one. This buck could not have gone to a better group of hunters. Congrats Ken! 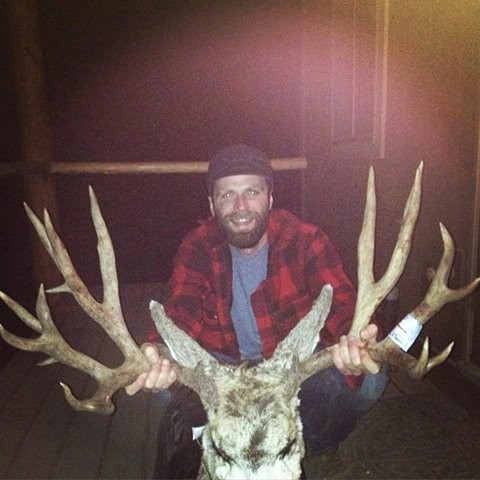 By 3rd season we started to get some snow accumulation, but still not enough to be a “game changer”. Pun intended. Fresh elk had not moved in and the local population went almost entirely nocturnal. Legal bulls were running solo or starting to bachelor group up. Under these conditions you need frigid temps to improve the hunting. The only thing that gets elk out during hunting light is a few days of brutal cold. It’s all about the elk having to maintain body heat. Cold temps force them to burn more calories and deep snow makes them less efficient grazers. Both increase the hours they feed.

3rd season elk hunting was fair with a couple decent bulls packed out. With the deer rut kicking in, the buck hunting stayed exceptional. 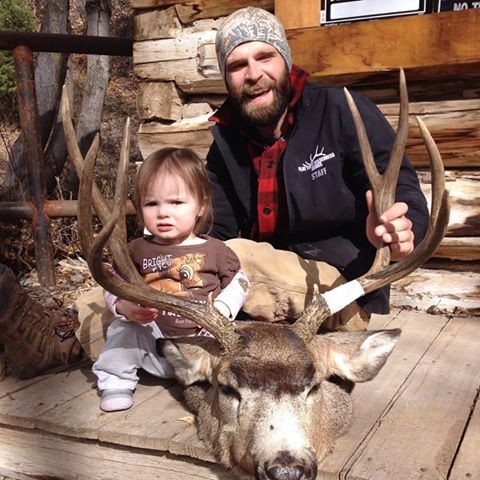 By 4th season we finally got the snow and temperatures we needed. More weather would have made things even better, but I’m not complaining. We had a great group of hunters we guided from the ranch and one group of hard charging snow hunters in a drop camp. 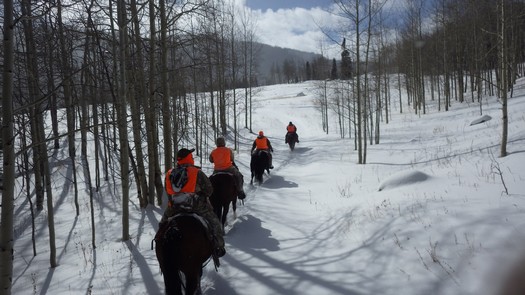 The guided hunters saw 100+ head of elk, with sightings, quick horse dismounts, and stalks throughout the week. A couple shots missed their mark while a couple shots harvested animals. Everyone had a good time. 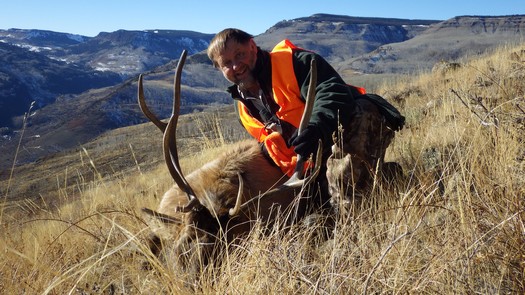 Deer hunting continued. One of our deer hunters harvested a beautiful 175″ class buck while the other hunter passed up several similar sized deer for hopes of cracking a monster. 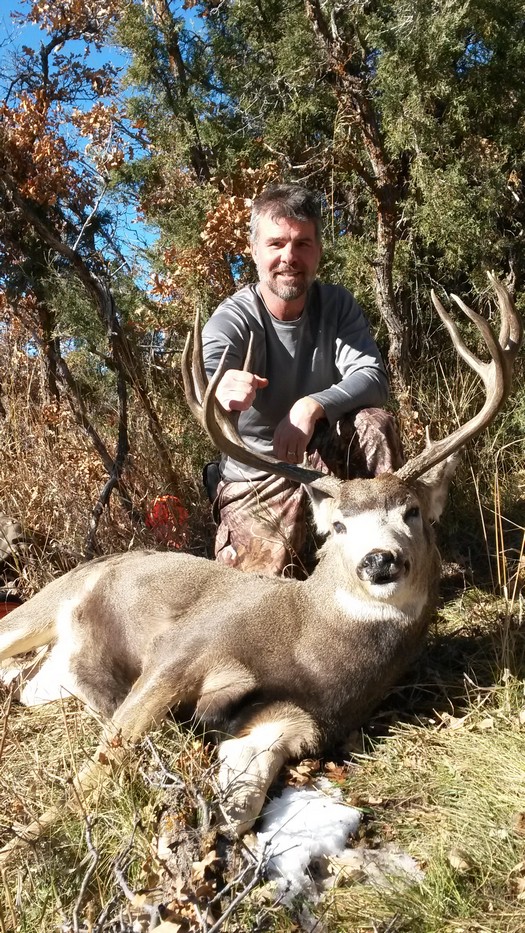 It was a great season and perhaps one of the proudest accomplishments of my life. We guided more hunters than ever, continued to improve our service, and again kept all of our guests safe in a remote wilderness environment. I’m grateful to a staff of some of the toughest folks on this planet. They delivered to the standards that we will continue to strive for.

To all my guests this year, thanks again for making this all possible. Running an outfitting business is a logistical nightmare and literally a massive pain in the ass, shoulders, knees, neck, toes, ankles, fingers, apendix, brain, etc… If it weren’t for the friendships and memories you allow us to be a part of, I’d do something rational with my life 🙂 My team and I will always appreciate your business. 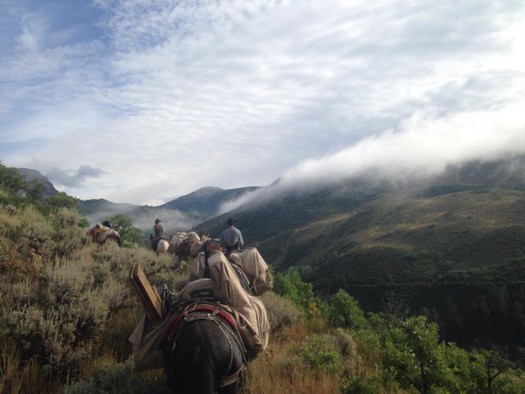 As a final house keeping note: 1) It appears we will book 2016 by the end of January or early February. If you are looking to hunt with us in 2016 and we do not have a deposit/contract from you, you need to contact us to get the ball rolling. 2) If you hunted with us in 2015 and have any feedback, positive or negative, please provide it on the survey you will receive in the next few weeks. This is invaluable for me as I improve our service. 3) If you have any field pictures of game and/or scenery please email them. I’d like to include as many guest pictures as possible in our annual calendar. 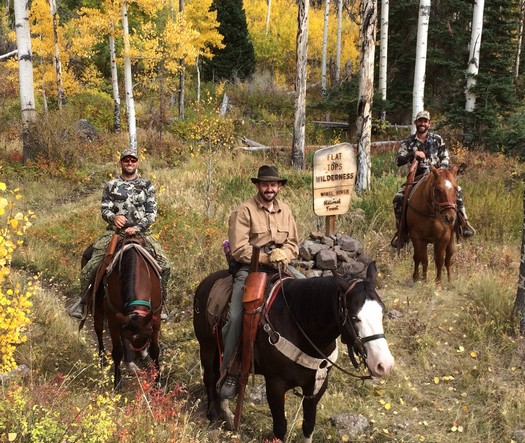